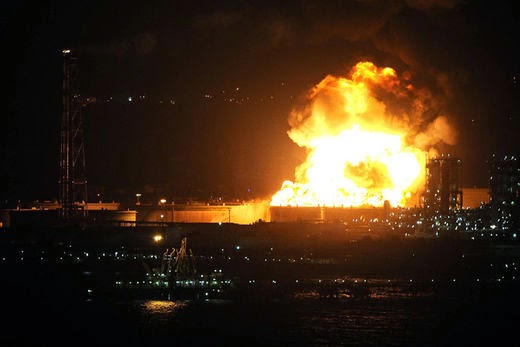 A huge oil refinery tank fire on Sicily sent hundreds of panicked residents fleeing the area, fearing the fire could spread to residential buildings. The fire was reportedly seen miles away.

The fire started in a 5,000-liter tank at the refinery, which is jointly owned by Italy’s energy giant Eni and Kuwait Petroleum.

Though firefighters managed to bring the fire under control, the tank was still burning Saturday morning. They said it would burn until the oil tank is empty.

Despite assurances from the emergency services that the fire won’t spread to residential areas, hundreds of Milazzo residents fled the town in their cars, causing traffic jams.

No injuries were reported in the incident. Local media reported that when the refinery caught fire, there was maintenance work going on at the facility.

According to Salvatore Rizzo, from the Fire Department of Messina Province, the fire was caused by the collapse of the tank roof, reported Rai News 24, an Italian TV channel.

The prosecutor in the town of Barcellona Pozzo di Gotto has opened a case to investigate the cause of the fire.

The last serious accident at the Milazzo refinery took place in 1993, when an explosion inside the plant killed seven people.