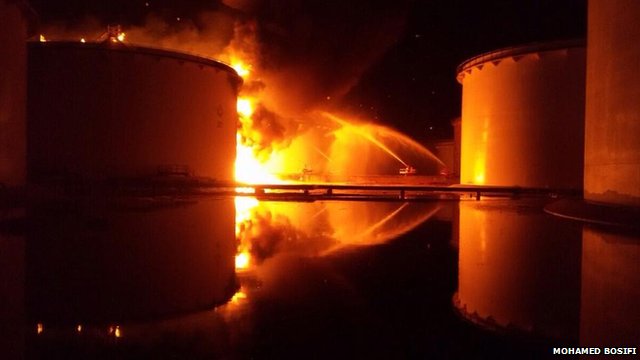 The huge fire from fuel tanks near Tripoli’s international airport that has been ignited by rocket attacks is out of control as clashes between rival militias have resumed in the area, the National Oil Company (NOC) spokesman said on Monday.

“It is out of control. The second tank has been hit and the firefighters have withdrawn from the site as the fighting has resumed in the area,” NOC spokesman Mohamed Al-Harrai told Reuters. 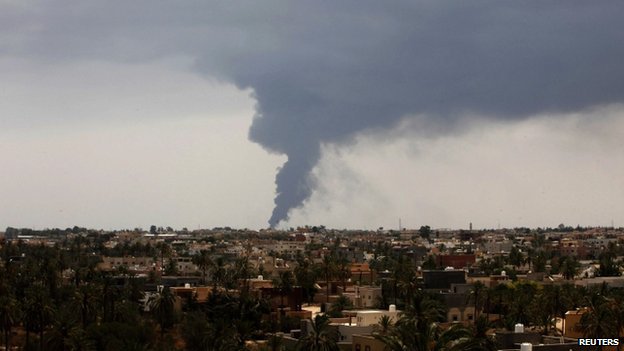 The government said more than 150 people have died, many of them civilian, in the capital Tripoli and Benghazi in two weeks of fighting as clashes forced U.S. and foreign diplomats to pull out of the country over the weekend.

Fuel storage tanks that supply Tripoli were hit on Sunday by rockets igniting a huge fire near the international airport, the National oil corporation (NOC) said.

“It is a tank of 6 million liters of gasoline and it is close to others containing gas and diesel,” NOC spokesman Mohamed al-Alharari said. “The firefighters are trying to counter the fire, but if they cannot, a big disaster will happen” he added.