In the northern provinces of Canada, oil pipelines run in a length of several thousands of kilometers in uninhabited areas. The pump stations that convey the oil operate without an operator, under remote supervision. Buffer storage sites have been built next to the pump stations; they are used as strategic stores on the one part, and serve to equate the varying oil reception capacity of the pipeline terminal on the other. In the case of maintenance, repair or technological change-over, oil is moved to these buffer stores with a capacity of a few hundred thousands of cubic meters. These stocks are drawn when there is greater demand.

These unmanned sites have no infrastructure at all. The environmental temperature is far below zero in most part of the year, the technical equipment of the plant are designed for –40 °C. The nearest fire service is at a distance of several hundreds of kilometers, but could not help anyway without water and appropriate technology. Extinguishing tank fire – the mission impossible. 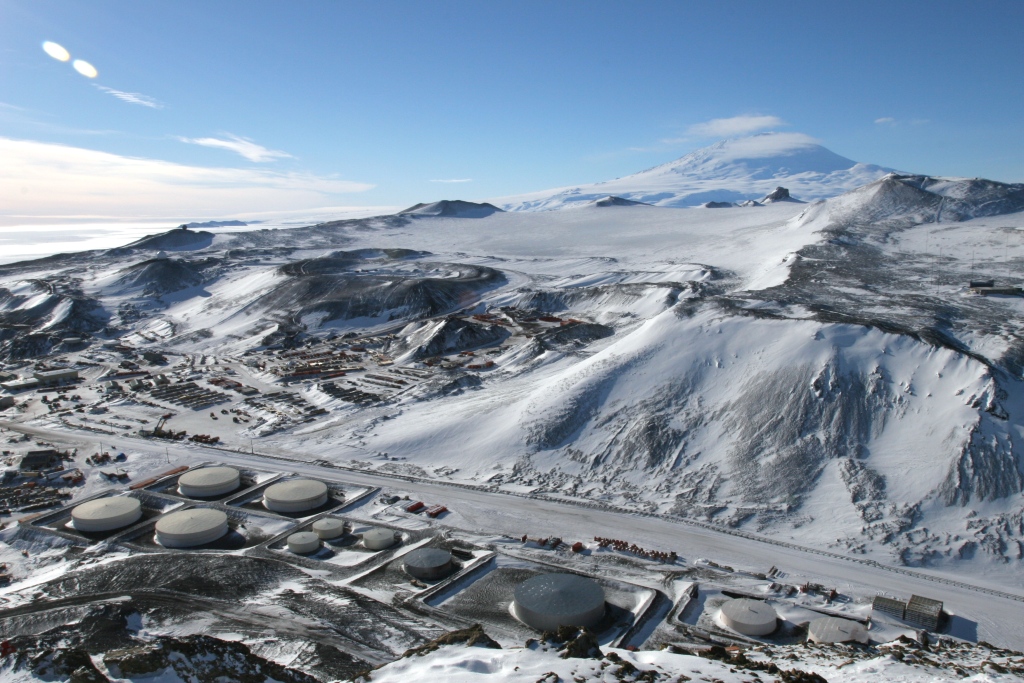 Until now, no cost-effective solution was found to protect tank farms against fire. The lack of such solution increased the economic risk of the operators, and the fire authority was dissatisfied with the level of safety. The environmental authority and NGOs strongly opposed to the construction of the pipelines, and the lack of fire prevention made it even more difficult to obtain their consent. At last, they resigned themselves to the operation of the unmanned storage sites at a temperature of –40 °C, without fire prevention for the lack of water supply.

Extinguishing tank fire under these circumstances? Having understood the technical nature of the FoamFatale technology, the operator decided to request a bid for the installation of the system, that will be able extinguishing tank fire at a storage site under construction. The designer team prepared the plans for their evaluation.

In the first phase, three storage tanks with an internal floating roof will be built; one with a diameter of 49 m and two with a diameter of 36 m. Crude oil will be stored in them.
The main point of the fire prevention concept is that in a heated room, a pressure vessel will be placed in which pre-mixed foam will be stored under pressure, in the volume necessary for the safe extinguishing of the maximum potential fire surface. The foam tank will be connected to the three hydrocarbon tanks to be protected with a closed carbon steel pipeline of appropriate diameter. The foam pipes will be connected to the foam tank through pneumatically driven valves opening when receiving a signal from the fire sensor. 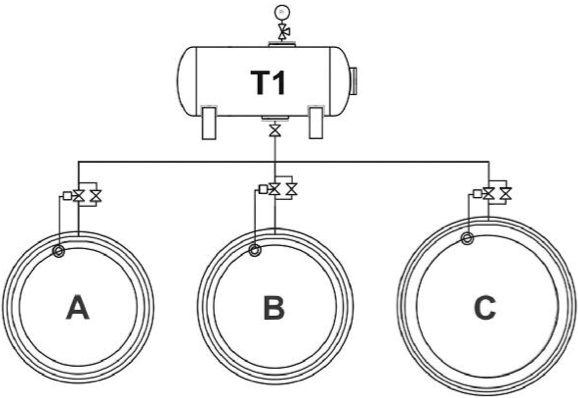 One thought on “Extinguishing tank fire without water supply – a case study. Part 7/8.”