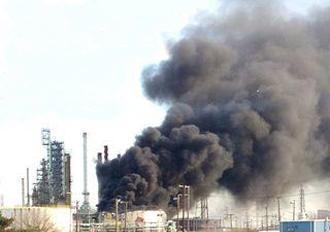 Bruce Clawson, Texas City emergency management coordinator, confirmed there was a blaze and storage tank fire at one of the three refineries in Texas City.

A message issued by Texas City’s emergency management department told local residents that spilled oil on the ground around the tank had ignited, but they did not need to take any shelter due to the blaze.